In trying to find open, interesting, and fun communities around the world you always come across gems like these.

I was surprised to hear that Jerusalem had a vibrant salsa scene, with salsa occurring almost every night of the week if you know the venue. I am slowly trying all of them, so on Monday night I went to Media Noche Jerusalem Salsa. Media Noche Salsa is an Israeli (all-volunteer) salsa group that comes together once a week to do salsa lessons and then open dancing in the Cuban style of salsa.

Every Monday at 9pm, the "warm-up dance" starts, more like a group exercise class than a salsa lesson. After 15 minutes or so, there are a series of announcements (in Hebrew, you notice a few patterns after a while), and then the 100-person throng of people break up into smaller groups of about 20 to have small-group-style lessons for about an hour, then open dancing until 1am.

I decided to post a message in the weekly Media Noche Facebook event before going to ask whether it would be OK if I showed up without any knowledge of Hebrew (knowing English and Russian). I only realized later that this was a silly thing to say - the majority of communication between dance partners is non-verbal. So I got ready for a lost conversational evening, but hopefully one filled with some fun dancing. With a slight lack of foresight I was wearing an MIT tshirt and a sweatshirt that day in the office, so I was going to go out dancing wearing no-too-flattering clothes. Oh well; it was Monday, I hadn't been social in a while, and I was itching to go dancing.

Because all the announcements, instructions, and directions were all in Hebrew, I was pretty lost for the first 10 seconds of any sentence. What I realized after the fact was that at the end of the announcements, the 6 volunteer instructors stated their levels of instruction (in Hebrew) so people could divide themselves appropriately. Everyone started moving around and I just gazed stupidly at the guy who had made the announcements, unsure of where I should go. Luckily I had been dancing salsa for years (and even knew a bit of rueda, which would come in handy), so it didn't really matter which group I would be put in. A savior took pity on me and kept repeating a sentence in Hebrew that included a word that sounded like "master", so I took his hand and joined that circle. By dumb luck, it was the circle that was led by Doron, the same man who had made all the announcements in Hebrew (I assume he was the host for the evening).

I was talked at for a bit in Hebrew until I got the point across that I speak English. So Doron naturally kept making jokes in hybrid Hebrew and.... German. The lesson was indeed advanced rueda / salsa spins and moves, and it was a ton of fun. Not knowing Hebrew was only a disadvantage for my partner for the first 10 seconds - after the second time I could basically figure out what I needed to do. And luckily, many spoke basic English. In the enchufla-ridden rueda style of Cuban salsa, the dancers stand in a circle in pairs, men on the right and women on the left. The partners dance for a while and switch partners. In the switch, the men rotate to a new partner counter-clockwise and the women switch clockwise. When it was my turn to dance with Doron, he continued making jokes in broken German, to a laughing crowd. The most I could do was smile and nod.

Finally he got to asking me what languages I speak, so I say "English, ruski, español", to which he says "So ... you're not German? Jeez, I wasted all those German jokes..." and then proceeded to make jokes in broken Russian. Turns out, dancers are silly people.

The lesson ended and the free dancing started, which I was happy to learn that the men asked all the women who were looking for partners to dance, no questions asked. In broken Hebrew, English, and Russian, I met people who were studying at Hebrew U, working as teachers, trying to start companies, programming computers, and everything in between. I pretended to know more Hebrew than I actually did, so I did a fair share of smiling and nodding as the evening progressed.

I left Media Noche with a smile and sore shins - exactly what I had hoped for. I did not need a command of Hebrew (and you figure out really quickly what is right and left - yameen and shmol and variants thereof, for those that are curious), and felt comfortable jumping right into a friendly environment.

I loved the open, fun, and inclusive atmosphere at Media Noche - it reminded me of open swing at MIT, and I hope to be coming back there many times in the future.
Posted by Unknown at 5:10 AM No comments:

Birzeit University was the first university to be established in Palestine (for some definition of established and Palestine), but the indisputable facts are that it first opened it's doors for student enrollment in 1924 near the village of Birzeit near the (now West Bank) city of Ramallah, about 20 km northeast of Jerusalem. Today it is considered one of the premiere learning institutions in the Middle East.

Because my comparison to universities comes from my own alma mater, MIT, I find it easiest to compare basic facts.

Today I was lucky enough to go with Sadek (who is graduating from Birzeit this June) to see the university for myself. We started the morning at 8am leaving Jerusalem (we had to allot time to get through the traffic that would inevitably happen at a checkpoint before we crossed into the West Bank). His classes started at 9am, so for three hours I wandered the campus, poking into every single building, museum, lobby, hangout area, and open space that I could find. I wanted to get a feel for the campus and it's life uninhibited - I wanted to see what it was like to be a student at Birzeit for a morning.

Here is a collection of observations about Birzeit, using MIT as a benchmark. 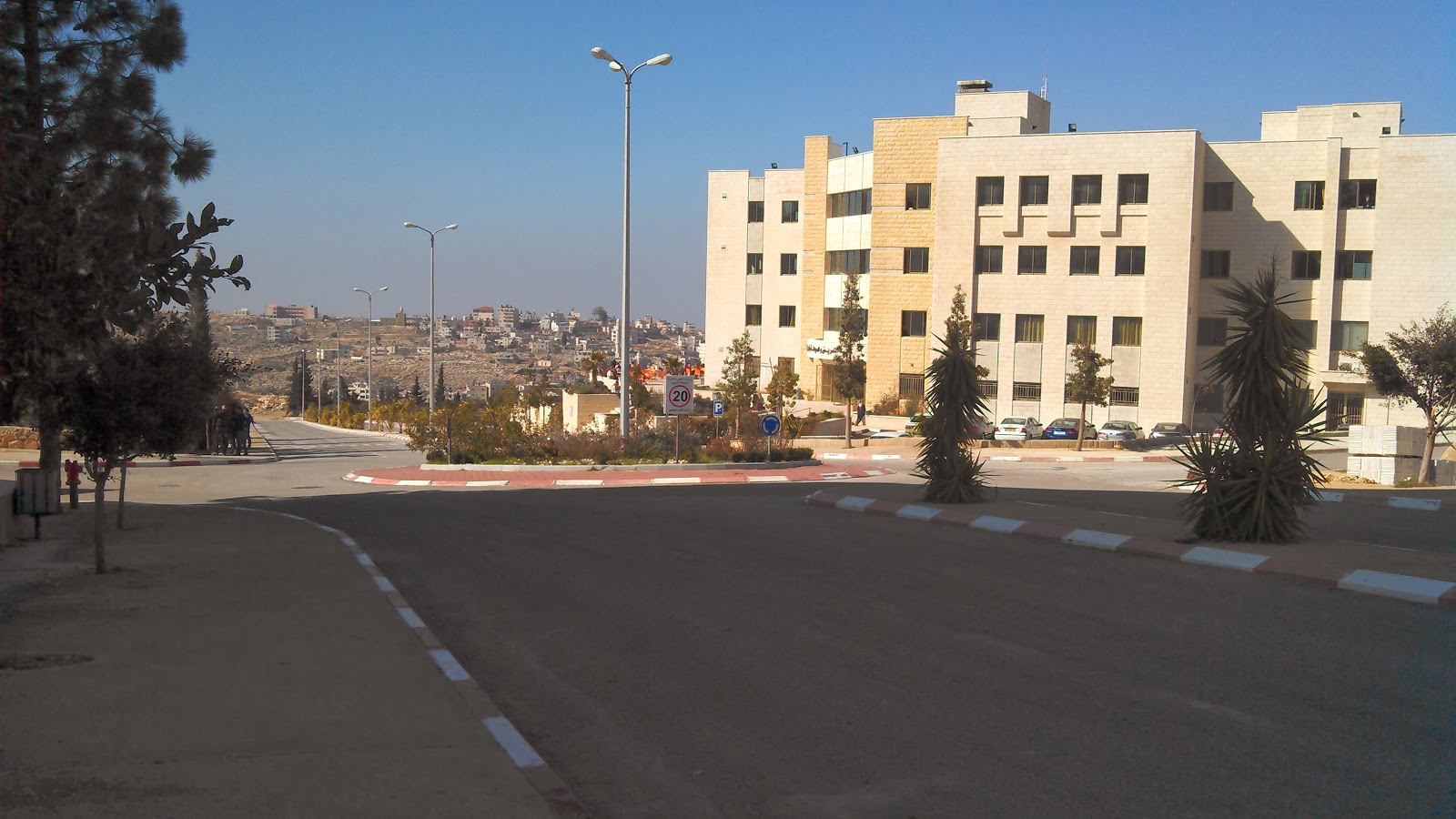 Posted by Unknown at 8:21 AM No comments: